How To Safely Induce Labor With A Midwives Brew

This post is all about how to induce labor with a midwives brew.

Before we go into it, let’s pout a big fat DISCLAIMER here:

1. Don’t Use the Midwives Brew unless you are already past your due date

Nine months can feel like a lifetime if you are nearing, or even past your due date. It feels like your little one just doesn’t want to budge, and the thought of being pregnant and uncomfortable for another few days is daunting.

You might be googling all of the ways to induce labor, desperate to find a safe way to bring about labor a little quicker.

One of the more popular, and natural, ways to induce labor, is to make a Midwives Brew.

But what exactly is a Midwives Brew?

Midwives Brew is a mixture of natural ingredients that are said to bring about labor quicker.

It is trusted by many women to be the answer to induction and is still used to this day to induce labor within a few hours.

What Is Midwives Brew?

Made with mostly natural ingredients, a Midwives Brew can be made at home in a matter of minutes and can be consumed when you want to induce labor in the next couple of hours.

Midwives Brew originated in Europe and has spread across the world over centuries, trusted by women and midwives to help bring labor along a little quicker.

There are a few different Midwives Brew recipes that all have different variations of ingredients, but there is a common recipe that is used by most.

While a Midwives Brew is the answer to many heavily-pregnant women’s woes, it should only be used with the go-ahead from your Midwife or medical practitioner.

It should also only be left till your due date or after, as you would not want your baby to be born prematurely and not fully ready to be out in the world yet.

If you’re at full term (40 weeks) the midwives brew is safe to use.

The only ingredient in the midwives brew that induces labor is castor oil, the others are really just there to mask the taste of it

Castor oil is a laxative and can cause diarrhea, nausea, and vomiting.

Most woman don’t experience any negative side effects, beyond a couple more frequent bowel movements.

Make sure you are hydrating plenty after taking castor oil, especially if you are having more bowel movements than normal.

When I took the midwives brew, I didn’t experience any negative side effects beyond soft stool.

As always, talk to your doctor and/or midwife about your concerns before taking it.

How To Make A Midwives Brew

As there are a few different variations of recipes for Midwives Brew, it will be up to you which one you want to make. However, here is the most commonly used recipe, which is effective at inducing labor.

Not all of these ingredients are so easy to find, so there are a few substitutes you can make.

How Does A Midwives Brew Work?

To understand how Midwives Brew works, you need to look at the ingredients used to make it. Castor oil is supposedly the ingredient which is labor-inducing, while the other ingredients are primarily used to mask the taste of the castor oil.

Castor oil is commonly used as a laxative. It causes small spasms in the intestines, which helps with constipation. Very similar to this use, castor oil can also cause spasms in the uterine muscles, which help to lead to contractions and then labor.

However, precaution needs to be taken when consuming castor oil, as it can lead to nausea, vomiting, and severe diarrhea, and as a heavily pregnant mom, this is made ten times worse.

Another reason castor oil should only be consumed during pregnancy with a medical provider’s guidance is that it can cause dehydration through vomiting. It may also cause irregular or painful contractions which add to exhaustion and stress felt during labor, for both mom and baby.

Castor oil should also never be consumed earlier than full-term pregnancy, as it can be dangerous for the baby and mom.

There is not much that lemon verbena tea does to help induce labor. It is mainly used to mask the taste of the castor oil without being too overpowering. One of its medicinal claims is that it helps reduce fever and is a sedative, which might help calm moms during labor.

Women who have a nut allergy should avoid using almond butter in their Midwives Brew. However, if you have no nut allergies, almond butter is perfectly safe to use. Almond butter helps to add some more oil and fat to the mixture, which can work to help with spasms more.

Apricot juice is mainly added to the Midwives Brew for its taste alone, although it does contain some great vitamins and minerals which are always good to consume throughout your pregnancy.

A lot of woman search for things to add to their midwives brew, or to sub out.

If there is an ingredient you can’t find or don’t like (except for castor oil), you can change it for something else like mango nectar, ginger ale, pineapple juice, or any tea of your choice.

Some recipes for a midwives brew even include champagne! I’m hesitant to have any sort of alcohol (even if it’s a tiny amount) during my pregnancy, but a midwives brew with champagne is common in France and Germany. (Ask your doctor/midwife before you DIY this)

As long as you keep the castor oil in the recipe, you can change the other ingredients how you please. They’re really just there to mask the taste of the oil.

When Should You Drink Midwives Brew?

As eager as you might be to meet your little baby, you have to wait until it is safe for your baby to be born. Make sure to wait until you are at least 40 weeks along and past your due date, and always keep in contact with your medical provider regarding this.

You also need to wait until your body is ready to go into labor. Many women start dilating quite a while before labor begins, so it is also worth waiting for this to happen.

There is no point trying to induce labor with Midwives Brew if your body is not ready to deliver, as this will put both you and your baby under stress, and might land up ending in a cesarean section.

Waiting for the combination of being further enough along, and your body being ready to deliver, means most women will have to wait until they are between 40 weeks and 40 weeks and 6 days along.

Some women might find themselves in a position where their doctor wants to induce labor before your due date.

This decision is usually made when there are concerns for safety for you and your baby. If this is the case, you can speak to your doctor about trying Midwives Brew first.

Using this mixture might not be appropriate, or safe to use in these situations, and it is important to make your doctor aware of any plans you might have to induce labor on your own.

Midwives Brew Without Being Dilated

As long as you’re at full term, the midwives brew can work for you even if you aren’t dilated.

Some woman have had great success even if they aren’t dilated and haven’t experience any signs of labor whatsoever.

How Long Does Midwives Brew Take To Work?

There is no exact timeline set for how long Midwives Brew actually starts to work.

The timing of when you might feel or see the effects of the brew working will depend on how ready your body actually is, so it differs quite substantially from one pregnant mom to another.

Some women who have used Midwives Brew have felt the results within 24 hours, while others have gone into labor within 4-5 hours of drinking the brew, and have increased in dilation by 3cm.

With such quick results possible, you should have your midwife or doula available for when you go into labor, or be in the hospital, or very close to your hospital, in case labor does come through quicker than you expected.

What If Midwives Brew Doesn't Work?

Some sources say the midwives brew has a success rate of 85%!

However, there is that 15% chance that it won’t work for you. Sometimes the baby just isn’t ready to make its grand entrance.

In that case, there are some alternatives to midwives brew that can help induce labor.

If Midwives Brew doesn’t work for you, or if you are looking for alternative ways to induce labor, here are some methods that have worked for moms in the past.

Exercise – Any exercise that gets your heart up count up might work, and that doesn’t take too much when you are heavily pregnant. This can include long walks, bouncing on an exercise ball, or walking up and down stairs.

Membrane stripping  – This should only be performed by a medical doctor, so chat with them first to find out if it is the right option for you.

Spicy foods – While there are no scientific studies to prove that spicy foods induce labor, many moms claim that it helped them. Don’t try to eat spicy foods if they aren’t part of your diet already, as they could cause heartburn.

Acupressure – Acupressure helps to increase oxytocin levels, which is what is believed to be one way to induce labor.

Sex – Sex can be used as a way to induce labor, but should not be done if your water has broken already. It works to cause spasms in the uterus, which then leads to contractions.

Nipple Stimulation – You can do this either using your hands or a pump, which helps to get the hormones flowing, which in turn causes the uterus to contract. Check with your doctor to see if they are happy with you doing this, and how long you should do it for.

Wait it out – It might be hard to do this, but waiting for labor to happen naturally is possibly the safest way to go, as long as you are keeping regular appointments with your medical provider.

Many women swear by Midwives Brew, and it might be the solution you are looking for to induce labor. However, make sure to run this by your midwife or medical provider, to ensure it is a safe option for both you and your baby.

Make sure you are far enough along in your pregnancy to induce labor, giving your baby enough time to be ready to make a grand entrance! 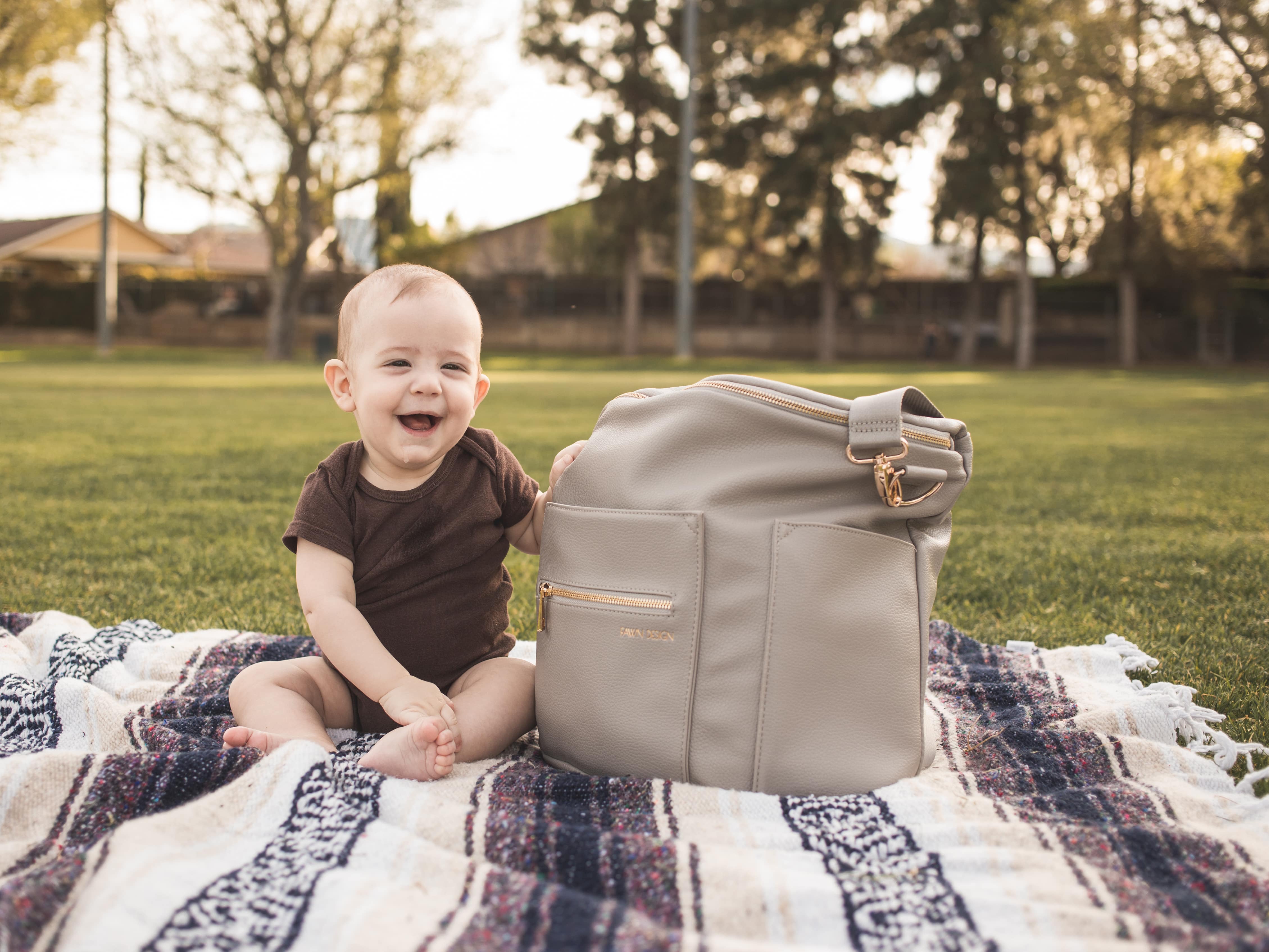 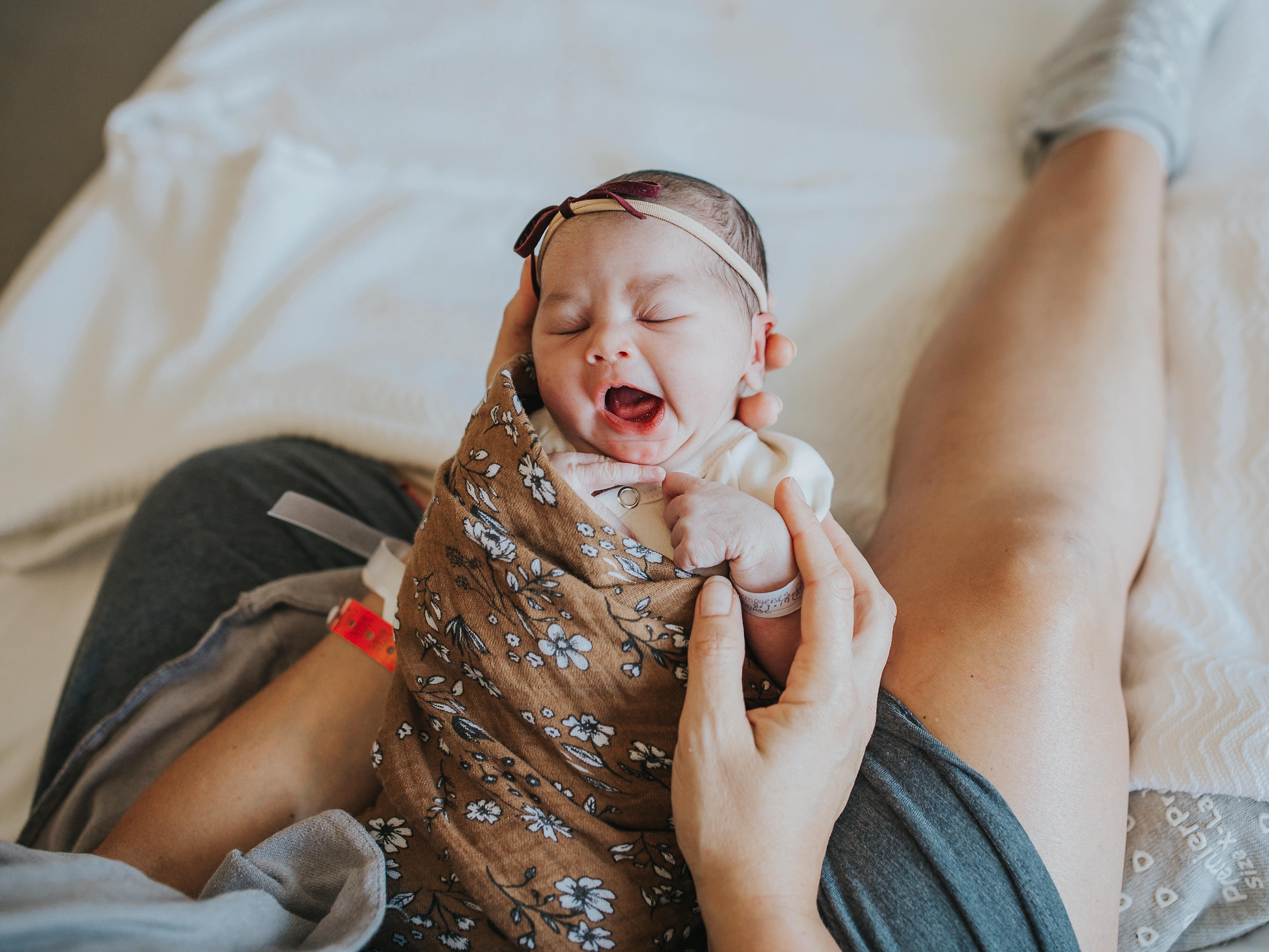 Next
15 Hospital Bag Essentials You Don't Want To Forget
Comments are closed.