Can You Dilate Without Losing Mucus Plug? (What To Know!)

Keeping the baby safe from infection is very important while you are pregnant. To facilitate this, the cervical canal produces a thick jelly-like fluid. This fluid accumulates and become a collection of mucus called the mucus plug.

Mucus plug is nothing but a thick piece of mucus that blocks the cervix. It acts as a barrier between the vagina and the uterus.

Can You Dilate Without Losing Mucus Plug?

To learn more about labor and your mucus plug, keep reading…

What Happens To Your Mucus Plug During Labor?

The cervix becomes soft and thin when labour begins and slowly opens up. When this happens, the mucus plug dislodges from the cervix and is pushed out through the vagina. This is called losing the mucus plug.

The mucus plug will either be off-white or mixed with a tint of blood. Thus, it will have a pink, red or brown color. It will also have a sticky, jelly-like texture with no odour. Typically, the mucus plug will be 1-2 inches in length. You will lose the mucus plug either as one single blob or lose it slowly over a period of time.

Usually, you will lose the mucus plug after the 37th week of pregnancy. It will appear as a jelly-like substance in your panties. But if you lose it slowly, you may not know it. Losing the mucus plug is an indication that your pregnancy is progressing normally.

In case you lose the mucus plug before the 37th week, you should contact your health care provider. They would recommend an immediate evaluation of your condition.

The peculiar feature of mucus plug is that it can regenerate. Even if you lose the mucus plug slowly over a period of time it regenerates constantly as more vaginal discharge is produced by the body.

What Does Losing Mucus Plug Indicate?

If you are in labor, you will experience the below symptoms.

If you experience any of the above symptoms along with lose of mucus plug, you should rush to the doctor without delay.

What Is Early Mucus Plug Lossing?

Normally, you should lose the mucus plug after 37 weeks of pregnancy. But some women may experience lose of mucus plug before 37th week.

This is because the cervix has started dilating early which could be due to cervical incompetency or preterm labor. In such a case, you should consult a doctor without delay.

What Are The Factors That Can Cause Losing Of Mucus Plug?

The main cause of losing the mucus plug is the dilation and effacement of the cervix. In addition, the below factors can also cause loss of mucus plug.

Usually, sex is safe during pregnancy, provided you do it carefully. But if you are not careful, there are chances that you might loss the mucus plug. This can be dangerous if you are less than 36 weeks pregnant. If you suspect that you have lost mucus plug as a result of sex, you should talk to your doctor.

Towards the end of your pregnancy, your doctor will do a cervical exam to determine the position of the baby and how much the cervix has dilated. This can result in losing of mucus plug.

How To Distinguish Mucus Plug From Vaginal Discharge?

Vaginal discharge is more mucousy and will be clear to milky white in color. It may or may not have a mild smell and leave a yellow tint in your panties.

Mucus plug is more thick and jelly-like and leave stringy strands when pulled. It can sometimes have streaks of blood in it. Thus, its color ranges from pink to red or brown. For some, it comes out like a large blob.

How Far Dilated Do You Have To Be To Lose Your Mucus Plug?

Loss of mucus plug happens when you start to dilate. As the dilation progresses, the mucus plug gets pushed out through the vagina.

Do You Lose Your Mucus Plug When You Start Dilating?

Yes, you will lose your mucus plug when you start to dilate. When this happens the mucus plug becomes loose and gets pushed out through the vagina. This can happen slowly or in one go.

Losing of the mucus plug is a natural phenomenon of the body that happens before the baby is born. But if you are less than 37 weeks and suspect that you have lost the mucus plug, you should contact the doctor without delay.

Besides, if you have heavy bleeding or feeling a lot of fluid coming out of the vagina, you should consult a doctor. 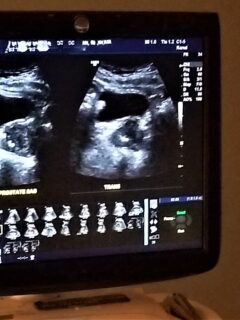 Previous
When Do They Stop Doing Internal Ultrasounds? (What To Know!)
Comments are closed.