Where does one begin with so many amazing names to choose from?! It is important to look into a name’s meaning, history, and origin.

This can give insight into what a name represents and where it comes from. For instance, the name Dominic is full of religious meanings.

In addition, it has a long and memorable history that we’ll be looking into here to see if this name is the right one for you and also help you find a strong middle name for Dominic.

Origin Of The Name Dominic

Dominic is a male name derived from the Latin word Dominicus, meaning “of the lord or “master.”

It could also mean “belonging to God.” Usually, boys born on Sundays are given this name, although that is not always the case.

It was brought to England during the invasion by the Normans and became popular during the Middle Ages.

It was borne by several saints, including Dominic Savio, a young student of Saint John Bosco who died of pleurisy at age 14.

The name was popularized by Saint Dominic, a 12th-century Spanish priest, theologian, and founder of the (Dominican) Order of Preachers, one of the world’s oldest and largest religious orders.

After him, many religious figures were given the name, including priests, monks, Jesuits, and martyrs.

Famous People With The Name Dominic

Many famous people named Dominic are from all walks of life. It’s one of the most popular baby names in the United States, Australia, and the United Kingdom.

Here are a few notable Dominics:

Popularity Of the Name Dominic

Dominic is a popular name in the United States. It has consistently been ranking in the top 100 since 2002 but has yet to reach the top 50. It ranked 85th in 2019 and 2020. It’s also popular in other English-speaking countries.

The name has experienced a slight uptick in popularity in recent years, most likely because it has a versatile sound, making it perfect for both boys and girls.

Since Dominic is a religious-based name, we’ve compiled other names with religious backgrounds that you may like. They include;

The name Dominic has many variations because it is a very popular name. It was very popular during the Italian Renaissance, and it is still popular today.

It also has feminine variations;

You might choose to give your children (twin or siblings) closely related names. A major benefit is that it builds a strong bond between siblings.

When they share the same name, it can create an instant connection and help them feel like they are part of a team.

It can be particularly helpful if they are close in age and have to share a lot of the same experiences.

And now, without further adieu, here are some of out favorite middle names for Dominic….

Dominic is a strong name with a lot of history and meaning. In addition, it comes with several variations, so you can choose the desired variant without losing its meaning and authenticity.

Furthermore, it’s also not gender-restricting, so your options are many.

Religious people will absolutely love this name for their baby boys. If you’re looking for a name that is classic, strong, and with a modern feel, Dominic is a great choice! 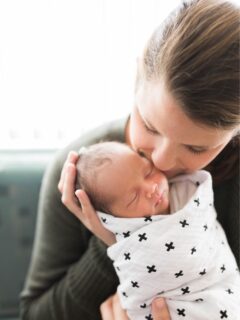 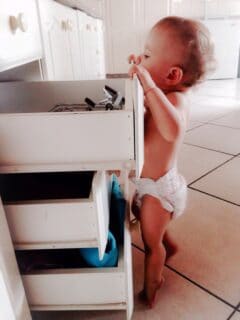 Next
137 Stylish & Confident Middle Names For Daphne
Comments are closed.