As a parent, one of the first decisions you make about your child’s future is picking the name. The name doesn’t decide the child’s future.

It is, however, a huge responsibility. Names have a bearing on people’s perception of your child.

Everleigh is certainly a unique name. It has an unusual spelling for a common name.

The name is fairly rare. The name is almost synonymous with beautiful girls. It is predominantly used as a girl’s name, however the name is considered unisex.

It is particularly common in English-speaking countries. Everleigh is in the top 100 common girl names.

Origin of the Name Everleigh

Everleigh in itself is a variation of the name Evelyn. The spelling Everleigh is a recent attempt to veer off the old spelling of the name. We see it with many other names these days.

The original form of Everleigh is Aveline. Aveline has French roots. The name Aveline or Ava is a pet name from a Germanic language.

Some variations of Aveline have true Irish origins. Its original form is Aibhilín or Éibhleann. These names loosely translate to ‘beauty’ or ‘pleasing to look at.’

The name has undergone several variations and transformations. Many historians believe that the true origin of the name is French.

A section of historians believes that the Anglo and Saxon regions adopted the name as a variation of Eve. It was when Biblical names had great influence over naming.

The most well-known Everleighs work in show business. These people have accomplished remarkable things in their respective industries.

Several successful Eveleighs might serve as role models or sources of motivation for your decision. Here are a few examples you might recognize:

Nyla Everleigh: Nyla Everleigh is famous not for her accomplishments but for her father’s. Cam Ward was a professional Ice hockey goaltender.

Everleigh Soutas: She is a famous child model. She has amassed a large social media following for modeling baby clothing.

Everleigh Gigandent: She is the daughter of Hollywood Alister Cam Gigandet. Cam has appearances in several films like Twilight and Reckless.

Kate Everleigh: She was one of the most notable personalities in entertainment in the Victorian era. She majored in musical theater performances. Kate got featured in several magazines in the era.

William Everleigh: He was a famous musician. William played the organ in Saint Fenabre’s Cathedral in Ireland. He was also a scholar and academic.

Nicholas Everleigh: He was a politician in the early days after the American Independence war. He was also a delegate to the South Carolina Continental Congress.

John Everleigh: He is one of Britain’s iconic architects of the Victorian era. John worked on historical buildings, including Plymouth Guidhall and St. Catharine’s Hermitage.

Edward Everleigh: He served in the British Judiciary and Her Majesty’s Armed Forces. He served as Lord Justice of Appeal.

Dennis G. Everleigh: He served in the Judicial System in the United States. He was the Chief Justice of the Connecticut Supreme Court.

Everleigh represents royalty or power. Numerous additional names sound the same and have the same meaning.

With these names, you should strive to have an open mind. If you like Everleigh, here are some additional options.

Everleigh is a versatile name. It is adaptable and may take on a variety of shapes. If you wish to employ unique name variants, they are great.

These variants have similar or almost identical pronunciations. The names work perfectly as stand-ins. They also have the same origins.

Everleigh can get paired with a variety of names. You are spoilt for choice with the name. These possibilities are ideal if you are expecting twins or are simply thinking about future names.

The following sibling names are appropriate and compatible with Everleigh:

Girl Names That Go With Everleigh

Boy Names That Go With Everleigh

Everleigh is growing in popularity among girls and we have rounded up some of the most beautiful middle names for Everleigh.

Although many think of Everleigh as a girl name, it is actually unisex.

Because of this, we have also included some of our favorite middle names for a baby boy Everleigh here…

One of the first decisions you make as a parent concerning your child’s future is naming him or her. The child’s future gets determined by his or her name. It is, nevertheless, a significant duty. People’s perceptions of children get influenced by their names.

Everleigh has a one-of-a-kind mane. For a common name, it has an unusual spelling. The name is quite uncommon.

The name gets associated with gorgeous females. It is primarily a female name.

It is especially prevalent in English-speaking nations. Everleigh is one of the top 100 most popular female names. 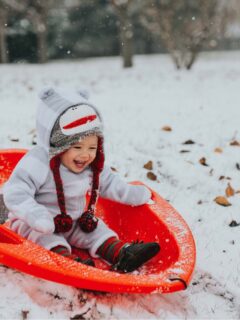 Previous
109 Angelic Middle Names For Gabriel (ONLY LIST YOU NEED!) 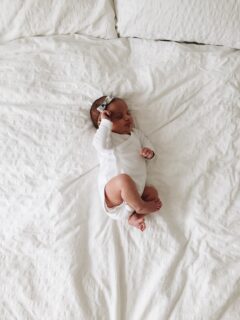 Next
123 Strong Middle Names For Nolan (Plus More!!)
Comments are closed.