Choosing your baby’s name can be a nightmare for many parents-to-be. Considering there are thousands of names to consider, it can also be confusing.

You’ll go back and forth trying out different names. Luckily, we’ve found the perfect name for you.

Ryder is a gender-neutral name increasing in popularity in the last few years. We’ll look at the name in more detail to discover its origins and why it’s becoming so popular.

In addition, we’ll also list middle names and first names that go with Ryder. In so doing, you’ll find all your baby’s names in one place.

Everything To Know About Baby Name Ryder

Origin Of The Name Ryder

Ryder is an increasingly popular baby name, but its origins are still a mystery to many. Ryder is an Old English name that means “horsemen or cavalrymen.” It comes from the Old English word “ridere,” which means ” mounted warrior.”

It was originally used as a surname. However, people began using it as a first name in the early 1990s.

Famous People With The Name Ryder

There are many famous people with the name Ryder. Some of the more notable ones are:

Popularity Of The Name Ryder

Ryder is a name that has been steadily increasing in popularity. It was ranked #949 in popularity in 1994. Since then, it has surged in popularity in recent years and ranked in the Top 200 (2020). So, what could be the inspiration behind this name?

Some people like it because of its similarity to the word “rider,” which suggests strength and power. Others may be inspired by the Ryder Cup, one of the most prestigious golf tournaments in the world.

If you’re considering the name Ryder for your baby, you’ll want to check out these related names. They are just as cool as Ryder!

You might opt for a variant name; perhaps you like the sound of the rarer version of the name. Luckily, Ryder has a few variations that you choose as an alternative:

There are already a few Ryders in the world. This is why it’s important to give your child a middle name that is unique and special. This will help them stand out in a crowd and feel more confident.

Middle names don’t have to be important. However, they can provide some distinction and help people remember how to spell their child’s name correctly.

If you’re still on the fence about a middle name for Ryder, here are a few of our favorites:

Ryder is a beautiful name for your little bundle of joy. You can choose to use it as a middle name, but in so doing, you’ll have to choose the first name. However, you need a first name that will complement Ryder and short enough to sound great together.

We have a few ideas for first names that will fit Ryder like a glove! Here are some suggestions:

Sibling And Twin Ideas For Ryder

There are a lot of things to consider when choosing a sibling name. You want something unique but not too unique. Something meaningful but not too serious.

And most importantly, you want something that siblings will love. Here are a few name ideas you might like:

Ryder is an excellent choice for a baby name for several reasons. First, Ryder isn’t commonly used as a baby name, so that it will be unique to your child. Second, it has a great meaning that can inspire your child as they grow up.

Ryder also has a strong and unique sound that will set your child apart. Furthermore, Ryder can work for either a boy or a girl. So, if you don’t know the gender of your baby yet, this name will be a great option. 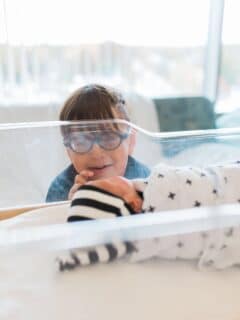 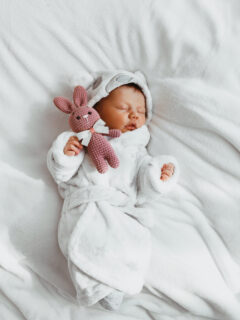 Next
136 Gorgeous Middle Names For Elise (& MORE!)
Comments are closed.