8 Ridiculously Fun Games To Play In The Pool Without Toys

Nothing is more fun than spending the day in the pool, enjoying the sunshine and the freedom of splashing about with family and friends!

If you don’t have any pool toys or equipment, don’t stress, here are some fun games to play in the pool without toys that the whole family will love!

F.I.S.H is such a fun game that all ages can play, and you need absolutely no equipment to play it! In this game, you pick a leader who does different tasks in the pool, such as doing a headstand or a cannonball.

The other players have to copy these tasks as they go, and if they cannot do the task, they earn a letter. Once a player has not completed enough tasks successfully and has enough letters to spell out FISH, they are out of the game.

The player who is last to spell out the word FISH, or who is successful at all the tasks, becomes the next leader of the game and gets to set their own tasks.

Marco Polo is a classic pool game that everyone loves. You need at least three players for this game, but the more the merrier!

One person is ‘it’, and this person needs to close their eyes and keep them shut, calling out “Marco” as they move around the pool. The other players respond with “Polo”, and the seeker has to find the other players by the sound of their voice and tag them.

Whoever is tagged becomes the next seeker, and needs to close their eyes and move around the pool shouting “Marco”.

Popsicle is a fast-paced game of tag in the pool, very similar to Stuck In The Mud. To play this game, someone is chosen as ‘it’, and this person needs to swim around and chase other people in the pool.

If they tag another player, that player needs to put their hands about their head and stand frozen. These frozen popsicle players can be unfrozen if another player swims past and tags them underwater.

Change up who is ‘it’ after a while to make the game fun and to make it more interesting. If the person who is ‘it’ tags everyone and all other players are frozen, they win and another person needs to be on next.

Chicken fight is an ideal game for when children and parents are playing. You need to divide players into teams, with two people per team.

The two smallest team members climb onto the shoulders of their teammates, and the two teams battle it off trying to push the other team off balance and into the water. You could dual it out and have knock-out rounds to find the ultimate winner if there are more than two teams.

Just bear in mind that you need to keep away from the edge of the pool during this challenge, and to keep it safe and playful.

This is a classic game that is played both in the pool and out, and is ideal for large groups of people to play, making it perfect for a pool party!

To play the game, one person is picked to be the shark. All the other players are minnows, and they have to stand outside the pool to start, or stand in one corner of the pool before the game begins.

When the shark is ready, he shouts “minnows in!” and all the minnows have to jump into the pool and start swimming around, trying to avoid the shark as best as possible.

If the shark tags a minnow, that minnow becomes a shark as well and helps to hunt down the other minnows. The last minnow left who hasn’t been tagged into a shark is the winner, and gets to start as the lone shark for the next round!

Treasure hunt diving can be done with just about any object, such as rocks or kids’ action figures, so you do not need any special pool toys to play.

Just be aware of the swimming level of the children who are playing, and start out in the shallow end for younger players. This game can be played with as little as one player, or it can be fun with a whole group too.

Toothpaste is best played with three or more players. To start the game, one person must be nominated as ‘it’. This person stands outside the pool and calls out any category they want, such as movies or colors.

This is a great game to play at pool parties. Split the players into two teams, and send them to either end of the pool to come up with their own synchronized swimming routine.

After a set amount of practice time, the teams can both show off their synchronized swimming routines, and then a winning team can be chosen!

To make it more fun, teams can picks music to play along with their routine.

All these games are perfect for a day at home in the pool, or to keep kids entertained at a pool party. Always keep pool safety in mind and keep children under constant supervision in the pool, and have fun! 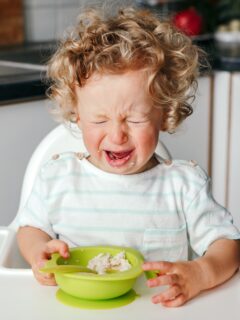 Previous
Toddler Picking Up Bad Habits At Daycare?! (8 Tips To Correct It!) 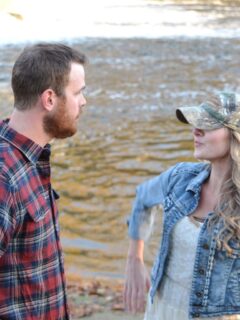 Next
Why Does My Husband Always Correct Me? (12 Ways To Handle This!)
Comments are closed.