Toddler Picking Up Bad Habits At Daycare?! (8 Tips To Correct It!)

Daycare is the first step towards exposing your child to the outside world. From being cocooned and cared for in your house, the child suddenly finds himself amidst other children of his age.

Thus, it is quite natural that certain words and actions which were taboo in your house may creep in when the child starts interacting with others.

Picking up bad habits is a part of daycare life. As parents, it is your responsibility to teach them what is right and wrong in the most appropriate manner.

The child may refuse to let go of certain habits which they are likely to forget as they grow.

Which Are The Bad Habits Normally Picked Up From A Daycare?

You are extremely careful with what you say and what they are exposed to with a child around.

You do not want the child to pick up any bad words, even accidentally. But once they start going to daycare, you will notice them using words that may not be acceptable to you.

This is because the children who come to daycare have different family backgrounds that can influence how they talk.

Your child may not have reached the teen years.

But suddenly, you will notice them talking back and raising their voice. If the child has seen other kids talking similarly in the daycare, they are more likely to pick it up.

They might feel they are more authoritative when they talk back.

They might lie to escape trouble at home or school or to gain the attention of their friends.

Whatever the reason is, lying is a bad habit which you should stop in the beginning.

You might have taught your child perfect table manners before sending him to the daycare.

But all of a sudden, you will notice him burping, chewing loudly or making irritating actions and noise while having food.

These actions can be disgusting while you are in a public setting.

Most time, kids pick their noses because of boredom or to relieve stress.

When your child sees someone else picking nose, they naturally feel an urge to try it out, which slowly becomes a habit.

Biting is mainly done by small children who cannot communicate their feelings properly. They tend to show off their frustration through biting.

This can be annoying, especially when you have babies at home.

Like nose picking, nail-biting is also a habit that kids pick up from their daycare.

Nail-biting is mainly triggered by boredom, stress and anxiousness.

Some kids tend to lick their lips or chew the skin on the lips.

This is mainly caused by dryness in the lips.

When they lick the lips, again and again, it becomes even drier.

How To Deal With Your Toddlers Bad Habits?

The first time you hear your child using a bad word, do not panic.

The best way to deal with it is to ignore it. If you do not feel amused or react to the word, the child will stop using it gradually.

If your child keeps repeating the word, you can explain that such words are not acceptable in your family.

Dealing With Talking Back

The best way to deal with such a situation is to stay calm. If you raise your voice, the child is more likely to become aggressive.

Talk to the child in a civilized and calm manner. The child is more likely to calm down if you do not overreact.

Peacefully talking to them let you realize the root cause of the problem.

Once you notice that your child has started lying, explain to them the consequences of the act.

If your child is very young, you can even tell them stories that depict the consequences of lying.

Explain to them that it can make matters worse or land them in severe problems if they lie.

If your child has picked up disgusting table manners, explain that it is not acceptable manners.

Though it can be fun for them and their friends, it is not so for other adults.

They can make such sounds while they are out playing with friends and not at the table.

Most of the time, children will outgrow this habit.

But if you want to stop your child from doing so, you should try to distract them with some activities.

Keeping their little fingers busy will stop them from indulging in this act.

Also, you should make them blow their nose regularly to clear them.

The best way to deal with this problem is to explain that biting is not a good habit.

Have a conversation with your child as to what triggered him to bite.

You can also explain a solution if your child comes across the same situation again.

He can act as per your solution instead of biting.

To prevent nail-biting, you should trim your child’s nails regularly. When they do not have anything to bite on, they might stop the habit.

For those who bite the cuticle, you should moisturize the nails and cuticles regularly. Having soft skin at the tip of the nail prevents the child from biting.

If you feel that the nail-biting is caused by stress, you should try to find a solution for the same.

Since the main cause of licking the lips is dryness, you should keep the child’s lips well moisturised. If the child is old enough, you can explain that licking lips will make it drier.

Most of the bad habits picked up at the daycare can be corrected by explaining to the child.

But if things are getting worse or starts affecting the child’s overall character, you should let the daycare authorities know about it.

They might be able to correct the child or bring in more parental intervention if required.

Can Toddlers Tell When Someone Is Pregnant? (SURPRISING TRUE STORIES!)

The Best Stroller For Toddlers Over 40 Lbs 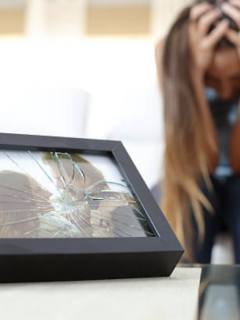 Previous
How To Save My Marriage After I Cheated On My Husband? (NOT EASY BUT POSSIBLE!) 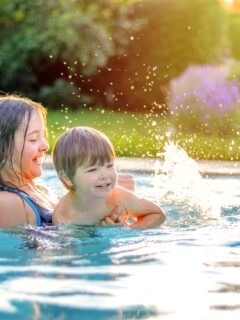 Next
8 Ridiculously Fun Games To Play In The Pool Without Toys
Comments are closed.